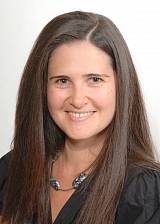 Prof. Dr Elena Kantorowicz-Reznichenko has an interdisciplinary background, having obtained degrees in law, psychology and law and economics. Her research focuses on empirical legal studies where she employs empirical methods to investigate questions of law in different areas such as constitutional law, copyright law, administrative law, and international criminal law. She is also an international expert on day fines, with a particular focus on European national criminal justice systems. Finally, she is also conducting research in the field of International Criminal Law. Due to the novelty and societal relevance of her research, Elena has obtained different grants to execute her studies. She has been publishing in leading international journals and with renowned publishing houses. Elena Kantorowicz-Reznichenko is a member of the ESL’s Research Ethics Review Committee (RERC) as well as the academic coordinator of the European Doctorate in Law and Economics. In addition, Elena has recently established and co-directing the Erasmus Centre of Empirical Legal Studies (ECELS), which is focused on promoting the application of empirical methods, including computational methods, in legal research and education in The Netherlands. Before starting her academic career, Elena worked as a criminal prosecutor in the District Attorney’s Office in Israel. 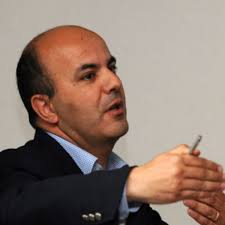 Fabio Padovano is Professor of Economics and Director of the Condorcet Center for Political Economy at the University of Rennes 1. He holds a Ph.D. in Economics from George mason University, where he was research assistant to prof. James Buchanan, Nobel laureate, and in Quantitative Methods from the Sapienza university of Rome. He has been president of the European Public Choice Society. His research interests are in public choice, political economics, law and economics (especially legislative production and judicial institutions), public finance and economics of arts and culture.

Luigi Alberto Franzoni (D.Phil. Nuffield College, Oxford) is Professor of Public Economics at the University of Bologna. He is a leading European academic scholars in the field of Law and Economics. His main fields of specialization are the economics of IPRs and law enforcement. He has written, together with D. Marchesi, the most important introductory book on law and economics in Italian language.

From 2014 to 2017, he served as President of the European Law and Economics Association

Michael G. Faure is Professor of Comparative Private Law & Economics. Michael studied law at the University of Antwerp (1982) and criminology at the University of Gent (1983). He obtained a Master of Laws from the University of Chicago Law School (1984). He pursued his doctoral research at the Albert-Ludwigs-Universität Freiburg im Breisgau and received a doctor iuris. First Michael worked as a lecturer later as a senior lecturer at the department of criminal law at the Law Faculty of Leiden University (1988-1999).

In September 1991 he became academic director of the Maastricht European Institute for Transnational Legal Research (METRO) and professor of Comparative and International Environmental Law at the law faculty of Maastricht University. Since February 2005 he also holds a position as professor of comparative private law at Erasmus School of Law and is the co-director of the research programme Behavioural Approaches to Contract and Tort. Moreover, Michael is academic director of the Ius Commune Research School and since 1982 he has been an attorney at the Antwerp Bar. 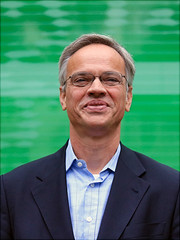 Stefan Voigt is professor at the University of Hamburg and the director of its Institute of Law & Economics. He is a fellow with CESifo (Munich). Previous positions include chairs at the Universities of Marburg, Kassel and Ruhr-University Bochum. Voigt has been a fellow at the Institutes for Advanced Study in Berlin, in Greifswald, and at the University of Notre Dame. His research focuses on the economic effects of constitutions. More specifically, current research focuses on the economic effects of judicial institutions. Voigt is one of the editors of Constitutional Political Economy and a member of various boards including those of Public Choice and the International Review of Law & Economics. Voigt has consulting experience with both the public and the private sector. He has worked with the World Bank, the European Commission and the OECD but also with the European Round Table of Industrialists (ERT).